Best React Native Components to use in 2022

by admin
in Technology
0

React is one of the most popular JavaScript libraries known for its ability to develop some of the most functional and appealing user interfaces for web and mobile apps. It works on small bits of reusable codes that are called components. These components are easy to integrate with third-party libraries and JavaScript components, unlocking the potential of customization and the ability to incorporate any services in your React Native app. Of course, you should always hire React Native developers from a trusted offshore development centre with trained professionals who have experience and expertise in using various React Native Component Libraries.

Top ISPs That Allow You to Go Cap-Free!

Understanding the Difference Between Fiber Optic and Wireless Broadband

Potential Benefits of Getting Enrolled in a Medical Coding Program

Native Base is a dynamic React Native front-end framework useful for any React developer who frequently needs to rewrite components for different platforms. This library is a repository of most React Native cross platform components. Starting your React Native project with Native Base can help you save a lot of hassle and time coding some of the most commonly reused React components. Native Base includes a platform-specific design for Android and iOS that helps you develop a native-looking app for your targeted platforms.

UI Kitten is an open-source and free UI kit. It is extremely suitable for any React Native app development project. The library comes with an extensive range of UI elements for developing various apps like ecommerce apps, chat, and social media apps. It comes with many pre-built themes that can be used directly, or developers and designers can also build their custom themes without changing the source code of the components. It also allows developers to toggle between dark and light pieces in the runtime without reloading the page.

This is a perfect React Native component library if you want to create an extremely personalized map app with cross platform capabilities. This library can be used for both iOS and Android projects. With this React Native Component Library, users can create maps with valuable features such as viewing, editing regions, markers, styles, etc. In addition, it comes with detailed documentation that is quite helpful during implementation.

Lottie is an AirBnB library for React Native that helps developers add animation to their apps. It helps convert animations created in Adobe After Effects in a usable web app format. The animation data is exported in JSON format using an After Effects Extension named ‘BodyMovin .’This extension comes packed with a JS player for rendering animations on the web.

The same extension works seamlessly with React Native, allowing you to add exciting animations to your mobile app. All animated files are lightweight and in vector format. Lottie is a great React Native Component library for adding meaningful and rich animations to make your app’s user experience richer and appealing.

Teaset is a UI library with over 20 pure components that follow a minimalistic design style. Therefore, it is an ideal UI component library that helps keep the users’ attention glued to the app’s content instead of design. With Teaset, you get standard components like CheckBox and Input; moreover, you also get unique components like Badges, DrawerView, TabView, etc.

If you have a requirement to provide a chat option in your React Native app, look no further as React Native Gifted Chat is a very reliable library that can help developers set up their entire chat UI with fully customizable components like loading chat history, copying text, adding clickable links and much more. Gifted Chat also allows skilled developers to create the perfect Chat UI as per their likings and requirements. Gifted Chat also supports Redux, one of the most reliable state management partners for React.

React Native Snap Carousel is a swiper component for React Native apps that comes with various previews, parallax images, multiple layouts, and performance handling. You can use this library for both iOS and Android without any effort. The library is fully documented and comes with various tips and tricks to optimize the carousel in your React app.

Shoutem UI Toolkit is your ideal React Native Kit that comes with more than 25 customizable and composable UI components. It comes with many predefined styles for supporting other components, allowing developers to create complex UIs by combining them. Developers can also leverage the Shoutem theme library & animations by using their animations library.

These are the best React Native Components that you can make use of in 2022 for powering your React Native app and adding tons of features, customization, and accessibility to it. 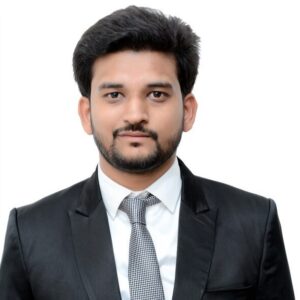 Ronak Patel is a CEO and Founder of Aglowid IT Solutions, an ever-emerging Top Web and Mobile Development company with a motto of turning clients into successful businesses. He believes that Client’s success is company’s success and so that he always makes sure that Aglowid helps their client’s business to reach to its true potential with the help of his best team with the standard development process he set up for the company.

Top ISPs That Allow You to Go Cap-Free!

The American digital lifestyle has drastically improved over the years. It is estimated that around ten smart devices within single household access the internet for various uses. While...

Understanding the Difference Between Fiber Optic and Wireless Broadband

Working with internet providers offers various ways to connect to the internet and your favorite TV shows and streamed services. Fiber optics and wireless broadband are popular choices...

Potential Benefits of Getting Enrolled in a Medical Coding Program

Are you thinking about getting enrolled in a Medical Coding Program but are doubtful about the potential perks of this degree? If the answer is yes, you are here at...

The Case for Reducing Glare on Signs and LED Displays

Coatings for outdoor signs and indoor LED displays have been designed with the same purpose. To reduce the glare reflected from the light source. The same technique is...

Epson is the brand that has earned fame and a spot on the market due to the high-quality printers it makes. However, the Epson printers aren’t without technical...

How To Maximize Online Casino Earnings

How Much Does It Cost To Stream An Event Live?

6 Flowers To Bless You With Beauty

Trip to the Triund journey!

Are you sure want to cancel subscription?